It is starting to get a little ridiculous. This Republic is about as fractured as it can get, short of going completely over the cliff. The individual factions involved in this, I believe have not completely thought things through. 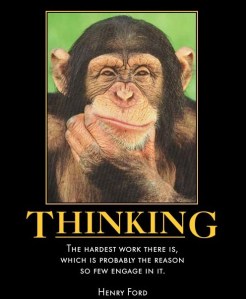 Each “plan” has consequences intended and unintended. Perhaps it is time to take a breath, slow the hell down and think.

I guess this is a good lace to start. Yesterday, I heard that some of the “distinguished” democrats(socialists)in congress are considering using the 25th Amendment to remove President Trump from office. 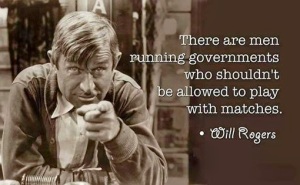 this goes for women too.

Are you kidding me? You are really reaching, perhaps even overreaching. The way I heard it was that the plan was to remove President Trump because of or due to a diminished mental capacity. If you really want to see a person suffering from a diminished mental capacity look at yourselves, take a good long look, the videos are out there. But, let’s put that aside and go back to your “plan”. No matter what methods you use to pull off your “plan” the people will see right through it and you.

So for argument’s sake let’s say that you pull this off. After finding the requisite number of turn-coats in the administration to draft and send the letter, you remove President Trump. All you have done is to obtain your ends. You got what you wanted, you got the consequences you intended.

Now you find yourself between a “rock and a hard place”. You are right now where you thought you would never be. Another thing, I believe there are some republicans(socialists)hiding in your ranks. You find yourselves with a non-politician sitting atop the government, and being a non-politician he is not interested in gaining more power or control. He recently sent your bathroom issue back to the States. When was the last time a politician did that? He through the powers of his office issued an executive order, for every new regulation two must be eliminated? Lessening the power and scope of government. Again, when was the last time a politician did that?

Why are you so desperate? I’ll tell you why. The “demon” you built will be the instrument of your undoing, that’s why. Many on the left and the extreme left are running around screaming “he is not my president”. You now find yourselves having to do something before they destroy you.

That leads me to this. The State of California wants out of the Union, there is even an effort to get that initiative on the ballot. California wants to secede. Personally I wish you success, go in peace. When you leave do not forget to take your Representatives and Senators from Washington, D.C. with you. So all you that are “protesting” that President Trump is not your president can have your own country and elect your own president form your own government and all that goes with it. Then you can have the president you want. I do wish you happiness. This goes for all the other states who are not happy with the current president. Leave and take you Representatives and Senators with you as well. Good Luck to you also. You socialist politicians are not trying to remove President Trump so you can keep your job in D.C. are you?

I just had a thought. If you socialist politicians had not invaded and prevented the Southern States from leaving in 1861 President Trump would not be your president. Think about it. All the Electoral College votes from the South that made the difference, would not have existed if the South could have gone their own way in peace.

God will Vindicate(Prove Us Right)

I like the Motto DEO VINDICE, God will Vindicate(Prove Us Right). God does work in His own way and in His own time.

But no, the North had to bring the South back into the Union by force. At the Muzzle of a gun and the point of a bayonet. Just think if you had just let us go you could have had the president you wanted.

That brings me to this question. Is that why the Leftist Socialist Progressives are so anti-gun? With out the gun the North could not have forced the South to come back.

My ancestors may be proven right yet.

What exactly is the objective of the rioters? I mean really what is it they want or do not want? Do they really think that rioting and protesting are one and the same? Could it be that they have gone full Orwellian?

As for me, I believe that all this began with the Education system, no not education but Indoctrination. This is proven by the appearance of so-called educators participating and encouraging the riots. The problem with these “wacked-out” educators, is that they are teaching the next generation, no not teaching but continuing the indoctrination process of the next generation. The next generation of what you ask? The next generation of Educators, Doctors, Lawyers, Corporate Executives, Journalists, Engineers and even Politicians. Think about this for just a minute. When you send your children to Public School will they receive a good education or will they be further indoctrinated? Scary thought, isn’t it?

It is possible that the Leftist Liberal Socialist Progressives have taken the position of “If we can’t have it then no one can” when it comes to this Republic. There is also the old mantra of the Socialists to consider, “The ends justify the means”. If their objective is to Transform this Republic from a Constitutional Republic into a Socialist Nation they have little care as to how the accomplish their task. Whether it be the riots, threats against President Trump, vicious attacks on Trump supporters or vicious attacks on anyone who has a differing opinion.

They risk being arrested and charged with crimes because of the rioting, but they do not care if this is the price they must pay to reach their ends. They damage and destroy public and private property again without care. One has to wonder how far are they will to go to accomplish their ends. How far will they go? They have faced little opposition and few have been arrested. Law enforcement has done little to stop the unrest(rioting), so what happens when it spreads? Can or will Law-Enforcement allow it to continue? At some point Law-Enforcement will step in and attempt to restore law and order and they know that. Maybe that is their temporary objective, just a step towards their ultimate ends. Law-Enforcement intervention will give them a new cause in their quest. They will get to shout “Police Brutality”. Could that be it, could they be seeking a large-scale confrontation with the Police? If the Leftist Liberal Socialist Progressive rioters were only seeking a large-scale confrontation with the Police(government)they would not be engaging in personal vicious attacks on individuals. They would instead stick with property destruction and general mayhem.

No, I think that the Leftist Liberal Socialist Progressives will not settle for just a confrontation with Law-Enforcement. The quickest way to their goal of a Socialist Nation is to turn the citizens on each other, a Civil War. They engage in vicious attacks on individuals because they know that sooner or later those being attacked will reach a point where they will take no more. They may be right on that point. From the videos that I have seen the rioters specialize in sneak attacks. There was one where a lady’s hair was almost set afire. There was another where a lady was sprayed with pepper spray. There was another where a fellow was sucker punched. The examples go on from there. At present Law-Enforcement is not doing much to help curb or stop the violence. At some point if the Police do not act, and act in a decisive manner, the people being attacked will act and it will be decisive and instantaneous. I do realize that these riots, violence and vicious attacks are occurring in Leftist Liberal Socialist Progressive strongholds and have to wonder if action would be taken if the “shoe was on the other foot”, so to speak. I somehow think that it would.

The Leftist Liberal Socialist Progressive protesters and certainly the rioters, of the same ilk claim to be protesting against Fascism, yet they are the ones demonstrating that they are indeed Fascists. They demand First Amendment, free speech protections yet deny those of opposing views their Right to Free Speech. They destroy property, private property as well as public property. These are some of the things done in the name of Fascism, not in opposition to it.

Mob Mentality is prevalent in protests that turn into riots. No one thinks for themselves they just follow the crowd, sort of like Lemmings. They go where they are led, unwavering and unquestioning. The excuse, is that they just get “caught up in the moment”. The reason, is that they have no self-control, no moral compass and most importantly no sense of right and wrong.

The Super Bowl is over and soon there will undoubtedly be a “Victory Parade”. It will start out peaceful enough, but will it end that way? The Champion is from a Leftist Liberal Socialist Progressive stronghold, come to think of it so is the Loser. There will certainly be dedicated fans there to cheer on their “heroes”. There will also be those present looking for the opportunity to turn a celebration in to a riot. If it turn riotous watch the mob mentality take over.

With that many people taking to the streets things could get ugly in a hurry. But then it is just a “Means to their end”.

#AceShoutITOutNews Tell it ALL leave NOTHING unsaid ... disclose NEWS & VIEWS and NAME & SHAME #TruthWillSetYouFree apply for your users key and post

This site provides social media followers to tell it all about Fakebook, Twitter and other sites that want to curb #FreeSpeech

With Dave the Jew

#AceShoutITOutNews Tell it ALL leave NOTHING unsaid ... disclose NEWS & VIEWS and NAME & SHAME #TruthWillSetYouFree apply for your users key and post

This site provides social media followers to tell it all about Fakebook, Twitter and other sites that want to curb #FreeSpeech

With Dave the Jew