Before I begin let me say this, this post is not in reference to every politician or to every pastor. If this post does not reflect you(politicians and pastors)then it is not about you and you should not take offense to it. If this post reflects you(politicians or pastors)then it is about you and I personally hope that it offends the He double hockey sticks(Hell, in case you could not figure that out on your own)out of you. If your denomination uses a different term than pastor, just insert the correct title according to your denomination. One might not think so, but politicians and pastors have a lot in common. Both are servants.

Yes, politicians holding office are servants, they are public servants. They serve the public interest. The job even comes with a set of clear and explicit instructions. It matters not at what level they serve, there are instructions. Whether it be the U.S. Constitution, the State Constitution or the County or City Charter. Sadly, some who hold Public Office lose their way, they go from severing the Public Interest to serving their own Self-Interest. Rather than doing what is best for the public or the Republic they instead do what is best for them and furthering their political career. In addition to serving their own self-interests the serve their political party. They place their own interests and party politics ahead of this Republic and the citizens.

Do as I say not as I do.
Politicians elected or appointed seem to think they are above the law. The same laws, rules and regulations they pass or shove down our collective throats. We are expected to obey the law, no it is demanded we follow the laws, rules or regulations or suffer the consequences. Some of them are apparently exempt as there are no consequences to be paid.

The Cash-Cow.
Let’s face it there is a lot, I mean a whole lot of money in both politics and religion. There are many politicians and pastors who were quite wealthy before getting into politics or religion. Many became wealthy because of politics. Many became wealthy because of religion. No one should acquire massive wealth as a servant, not a public servant and certainly not a servant of God. There is a little something from the Bible that addresses money and possessions. Those who love money never will have enough and will be ruled by their possessions. A little bit more. As everyone comes, so they depart.

There comes a time when the most inept at their chosen profession must surely recognize that they are doing more harm than good they would just do the right thing for once and leave.

Here we are some 18 days after the presidential election. Some 17 days after HRC conceded the election to President-elect Trump. Some 55 days until BHO is out of the Oval Office. Now the leftist Green party candidate wants a recount in some of the “battleground states” and sure enough the DNC piles on.

I can think of only two reasons for this recount to even take place, given that it is in so few states.

The other is to provide a distraction. Another shiny object to look at. The political elite is not a happy lot, neither are the global elitists. This recount was announced after many started complaining about President-elect Trump’s Cabinet and staff picks. It was not announced after the election. So keep your eyes and ears open.

I understand that some on the left are not very happy with the results of the election. I have been displeased with the results of many elections, I did resist the urge to write on my forehead with a Sharpie in protest. I also resisted the urge to engage in riotous behavior, tearing up stuff and burning stuff down. Actually I had no inclination to do either.

Now I understand that some of you are so displeased you actually want to secede from the United States. You must not have studied history. My ancestors did that many years ago. Darn near succeeded. But do tell us how this works out for you, you know just in case.

I wish each and everyone a Happy Thanksgiving. Not long ago returned from a day of Thanksgiving and a hearty meal with family and friends. This is the officially recognized holiday, the fourth Thursday in November. The Thanksgiving Day meal I enjoyed today was the second for this month. The first was last Sunday after Church, with my Christian brothers and sisters. As a matter of fact I give thanks at every meal.

I am also Thankful that I will not be among the masses taking part in the “black Friday” sales.

There is another thing Pres-elect Trump has a knack for. He has a knack for placing the right person in the right job. He did that in his business life and he will do it as president. People will be nominated to Cabinet level positions based on knowledge, skills and abilities. Look at it this way, we had enough Confidence and Trust in Mr. Trump to elect him as our 45th president. We should have enough Trust and Confidence to let him nominate his Cabinet. He and his transition team will interview a lot of people and choose the right person for the right job. Having a Cabinet staffed with the most competent individuals based on Knowledge, Skills and Abilities will be a welcome change.

If the rioters(calling themselves protesters)would just stop rioting, sit and have a cup of coffee(decaf if necessary)and think they may come to understand what great impact a Trump presidency will have on their lives. This is especially true of the citizens living in the large Liberal Socialist Progressive controlled cities and states. I mean face it after years of Liberal Socialist Progressives control towns, cities and states are a broken and rundown. The Republic itself was heading towards being broken and rundown as well.

Things could be better across this Republic, a lot better. For a Nation that is some $20 trillion in debt one would think that this Republic would be in stellar condition. Sadly this is not the case. I could go on about debts and deficits, wasteful spending, outright fraud and corruption but most of the people reading this post understand all of that. So I will just say that this Republic is so far in debt because our elected government, you know the Liberal Socialist Progressives, stopped placing America and America’s interests first. When the government stopped putting America and America’s interests first it also stopped putting the interests of the citizens first. What was best for America and the American citizens was the last thing on the mind of the Liberal Socialist Progressives.

Things will be better across this Republic, a lot better. The $20 trillion debt will have to be paid. But, I have a feeling that from Noon on the 20th of January 2017 forward any money spent will be spent wisely. No more nation building, except for rebuilding America. No more bad trade deals, you know the ones that hurt American workers. No more harmful and burdensome government regulations that drive industries to foreign and distant lands. No more ill-thought and ill-planned regime changes in foreign and distant lands.

At last America will come first, whether you call is Nationalism or Americanism does not matter, what does matter is that it is not Globalism. Americanism is not such a bad thing, placing America first. Taking care of oneself first just makes good common sense. Look at it this way, if your neighbor is financially embarrassed(broke)and you have just enough to take care of you and yours, are you going to give him anything?

It is time to knock off the non-sense. Quit tearing stuff up, burning stuff down and assaulting other American citizens.

President-elect Trump wants to rebuild cities, towns, infrastructure and this Republic. The time has come to get busy. Look around at your towns and cities. Are you happy with what you see? Are you happy with the Liberal Socialist Progressive agenda, the same agenda that has turned some of the greatest cities in this Republic to slums. Slums with no future, no jobs and little if any opportunity.

We the citizens of this Republic really start need to start asking why. I for one would like to ask, just what are you protesting, and how did your protests turn into riots? Could it be that is what was intended? How long will you continue?

There could be much rising from the ashes. Would you not like to see the once great cities of this Republic rise from the ashes? Does anybody remember the American city that at one time had the highest standard of living in the country? Look at it now.

I would like to ask the residents of Detroit, how does your standard of living compare to the Liberal Socialist Progressives that run your fair city. The same question could be asked of the residents of the “Rust Belt”, the residents of “Coal Country” and so many other places across this land.

I personally am looking forward to the day and time January 20th 2017 at noon when the American government begins to rise from the ashes.

If you promised to leave, please do so. You are like a crooked politician, making promises and failing to carry them out. Do what you say or say nothing.

God Bless America and her brave Veterans. The world would be a sorry place indeed if not for the selfless service of our men and women in uniform. 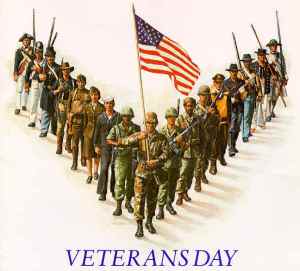 A Time For Choosing

A Time For Choosing